Spotify is an international audio streaming platform based in Sweden.

Spotify took the marketing world by storm with its Listen Like You Used To campaign. It partnered with UK agency Who Wot Why to build a combination Out-Of-Home (OOH) advertising and video as a way to engage with its 35 to 45-year-old audience. The strategy took the form of billboards and videos contrasting what people were likely to be doing or fans of at that time - whether it be in 1978, 1988 or 1998 - and how they might act now.

The campaign and the billboards in particular quickly went viral, collecting praise from marketers around the world as they themselves connected with music they hadn't listen to in years. The videos brought imagination to life, letting the audience connect even more with the campaign. 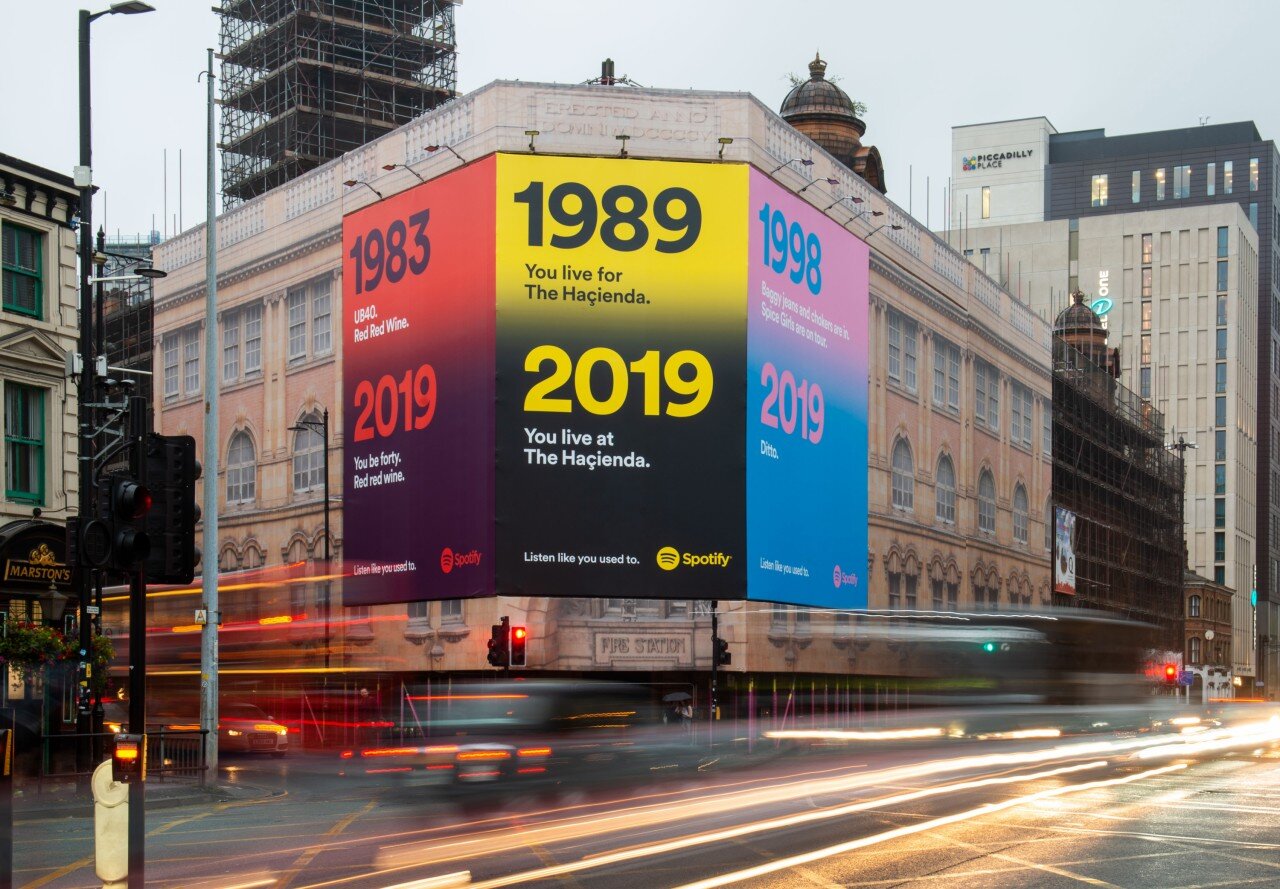 Billboards are commonly associated with outbound advertising, but the underlying strategy behind this campaign is what makes it great content. Spotify and its agency are able to elicit a whole range of emotions by tapping into nostalgia and empathy, showing their audience that they understand both what they held and what they hold dear in life.

We'd take this campaign one step further and put it to work, turning it into an interactive quiz or game of some sort. While the final result would be up for discussion, it's clear that people latched onto this feeling of nostalgia. Getting them even more involved in it at a personal, actionable level can only serve the brand well.