How many legs are too many? Eight seems like the right amount if you ask me, especially when it comes to shiny awards trophies.

What am I on about? The Spiders awards of course!

We’re delighted to share the news that 256 and its clients have been selected as finalists in two categories at this year’s Spiders awards.

Special Olympics have been shortlisted in the Best in Social Media category for the creative and engaging #KeepUpWithTheGirls campaign.

Leading managed security services provider Integrity360 hopes to round off what’s been a stellar year for the company by scoring a win in the Best B2B Campaign category.

How do you become a finalist at the Spiders?

We’re definitely not going to count our chickens but we would like to share more about what piqued the judges’ interest in these two submissions in particular – here’s a bit of insight into our submissions:

The company wanted to kickstart its content marketing strategy to support the entire business through the pre- and post-sales process. Partnering with 256 to develop a content-fuelled inbound strategy helped bring the brand to life and establish it as a legitimate thought leader in a fiercely competitive industry.

Placing a specialist content writer to work alongside the Integrity360 team really accelerated content production and they saw immediate results. The initiative vastly improved output of new content assets and the company’s many lead generation campaigns took things into overdrive. See the impressive work and find out more about how we worked with the Integrity360 team here.

The Special Olympics had one simple goal ahead of its annual Special Olympics European Football Week in May 2019: Get every girl on the pitch. This major pan-European awareness campaign had to convey the campaign messages and reach across 20 countries. 256 developed the creative concept ‘#KeepUpWithTheGirls, a play on the idea of ‘keepy-uppies’. The aim was to end discrimination against people with intellectual disabilities, promote inclusion and encourage people to follow their social channels and join the community.

The campaign was social-first and involved producing non language-specific, multi-channel creative assets for Facebook, Instagram and Twitter, complete with a sample calendar and suggested activity for local territories to optimise their opportunity. Encouraging user-generated content was a campaign goal to maximise organic reach so the assets and messaging we developed supported that user participation.

The campaign has been shared as a best practice example of effective social media marketing with the six other regions of Special Olympics and is set to be replicated in Latin America. It also received an endorsement from FIFA – as well as football stars such as Didier Drogba and Cafu along with celebrities Nicole Scherzinger and Natalia Vodianova and included a FIFA-backed competition to attend the quarter-finals of the recent FIFA Women’s World Cup in France. See more about the campaign here.

What goes into an award-winning Spiders campaign?

Last year we were overjoyed to win a Spider for our work with the University of Limerick on postgraduate recruitment. Winning the Best Content Creation for Digital Media category was a real career highlight for me personally and I was thrilled to share the award win with my fantastic client and the hard-working 256 team. Read more about our award-winning work with the University of Limerick here.

The Spiders are all about driving digital excellence and they’ve been celebrating the achievements of Irish companies for 24 years now.

The awards ceremony is on Thursday 21st November 2019 and we’re keeping our hopes high and our fingers crossed. We’d love the honour of winning another award to form our own collection…. to use the correct term a cluster of Spiders would be more than welcome here at 256 HQ! 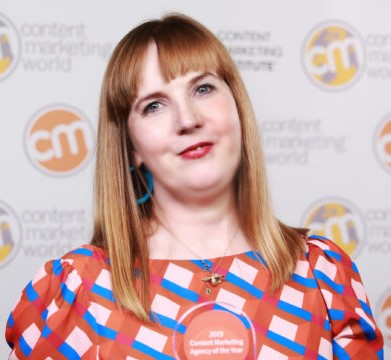