Is Google's personal assistant the future of search? 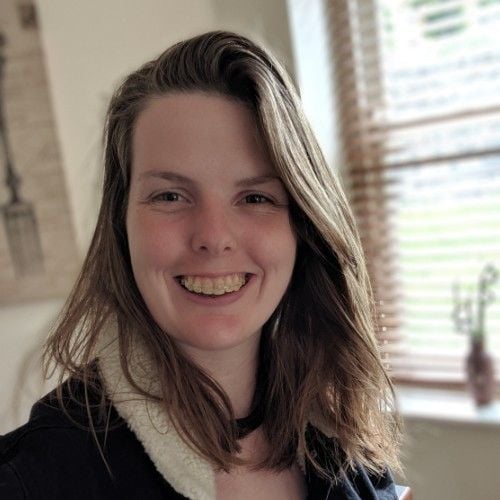 I was at Learn Inbound last week where Oli Gardner, Bridget Randolph, and Marcus Tandler lit up the Academy. Of all the topics covered across the epic three hour event, one particular throughline struck a chord with me: the idea that Google's ultimate goal is to establish an AI personal assistant that knows what you want before you do.

They probably even know that I have a soft spot for One Direction.

And that's before we delve into the depth of knowledge Google has from my recent searches or the data gathered from the apps I use.

Somewhere, Google has an entire vault of information about who it thinks I am as a person. And if I were to hazard a guess, I'd imagine it'd give a pretty good summary of me.

But here's the thing: it's not a secret. In fact, it may well be the future of search.

At Learn Inbound, Randolph spoke about how we're moving towards 'queryless' search - which sounds very lo-fi science film until you look into it. All of this is backed up by a TED event in 2013, where Sergey Brin, of Google, said: "My vision when we started Google 15 years ago was that eventually you wouldn't have to have a search query at all."

Now, this could be Brin retroactively editing Google's core USP, but there's no reason for him to lie given how transparent Google generally are. Besides, look up 'queryless search' and one of the first results in an article from Search Engine Journal.

At the time, the developments were baby steps that represented a huge move towards personalisation: Google rolled out a 'recommendations' tab and they added a new button to the Google Toolbar that 'picks for you'. Based on your search history, clicking the button would chose an option for you based on your query.

For fun, here's what the recommendations tab looked like: 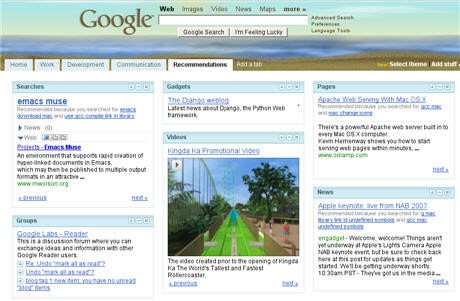 Ah nostalgia, it ain't what it used to be!

The big changes in 2016, though, won't so much be on desktop as mobile - which comes down to how we use our desktops vs. our mobiles. It's a different experience that demands a different UX and search trends. As per Randolph's talk, the key trends come down to:

If Google are to conceive a genuinely useful personal assistant, they need to comprehend the context of a search.

Let’s use an example. Say I google ‘takeaway dublin’ (what? It’s nearly home time and I’m hungry), what are the connotations of what I've searched?

There’s a whole bunch of stuff I might want to know, and much of it is implicit – or in the context of the search. It ties in with Latent Semantic Indexing (LSI), a system of indexing queries based on patterns in the relationship between various terms on a site. (For example, how Google can differentiate between Cars, the movie, and cars the automobiles.)

It’s important when you remember that Google can’t actually read. Sure, it can figure out what something is about based on signals (SEO, yo), but it can’t yet comprehend beyond a certain level. But that’s where LSI and implicit query signals get interesting.

If Google is to create a realised personal assistant and a world of queryless search, its understanding of context needs to ramp up a notch. It’s already happening. Let’s go back to the takeaway option. That’s the explicit search.

The implicit part is what it knows about me: I live in Dublin, I like takeaway, I’m on my phone (in this example). So what’s the most likely thing I want? Well, Google will deep dive into the following: 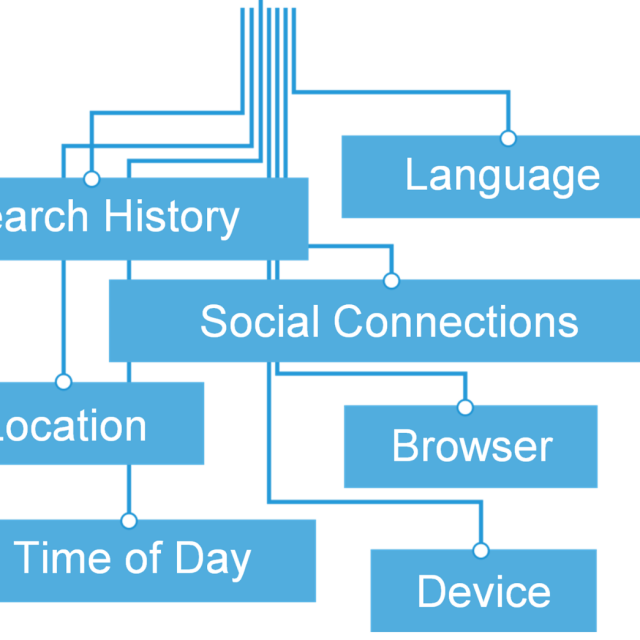 From its implicit understanding of who you are and how you use your phone, Google will return the answer most relevant to you. It’s how it knows to differentiate between me and someone in America who might be planning ahead to a holiday in Dublin.

I might get local listings of takeaways similar to ones I’ve been to recently. Their query might return a blog post from Lovin Dublin, for example, counting down the best eateries in our fair city.

To learn more about implicit queries, head over to Distilled.net.

Recently, I was going to see Ru Paul’s Drag Race (best reality TV show ever, btw) Battle of the Season: a live show in the Olympia in Dublin where a bunch of drag queens performed. (Sexy R2D2, the Titanic in Russian - that kind of thing!) I booked the tickets in late January. In the run-up to the event, my phone periodically reminded me that I had BoTS coming up.

It does the same with flights and relevant news on Android. Google something on your phone and it’ll be considered a topic of interest that’ll influence what you see in the Android Google Now API.

Google Now can track reservations, bookings, travel, commuting and more. It’ll pull together your search history to personalise the content it offers you.

Sometimes, it’s a little creepy – but mostly it’s useful. If I look up a TV show I'm watching and later swipe into Google Now, it’ll be populated with relevant reviews and news, the perfect example of easy queryless search.

What does this mean for marketers?

The move towards a queryless personal assistant highlights that SEO isn’t dying, but changing. SEO and CX and UX are a powerful trifecta. You can’t have SEO without catering to the potential user. You need to be useful – so useful that your result might be exactly what someone is looking for before they’ve even decided it is something they’re looking for.

Personalisation is a huge part of marketing automation and email marketing, but it’s different with PAs – with Google Now, Cortana, Siri, and Amazon Echo. The sophistication is ever-increasing in the race to get it right.

While I may have mentioned desktop a bit up above, the true merit of queryless search and these intelligent PAs is in mobile: in users who are out and about and most likely to need the convenience of their phone.

Optimise your content for local, if relevant, but above all else: create content for users and not for SEO. Be as useful and thorough as you can be, with a focus on behaviours people make either in transit or away from work. Our behaviour in work should be limited to work – it’s what we get up to in the evenings and weekends that provide the most use to a portable personal assistant. 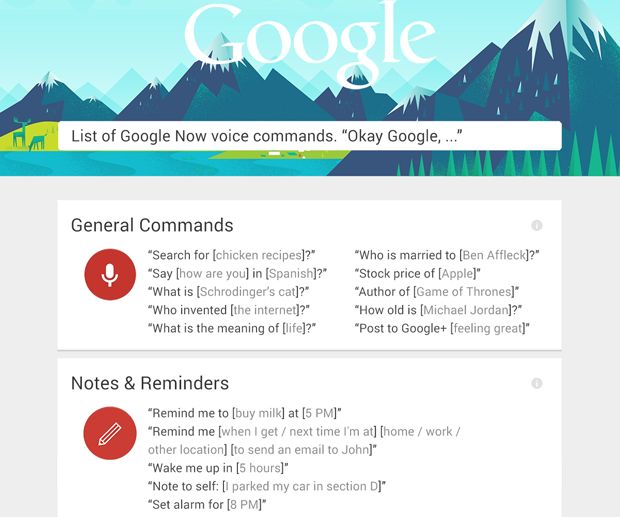 2. It’s all about your strategy

How we consume media has changed enormously and much of it is predictive of our user habits. Take Facebook as an example: no two News feeds are the same. Because of my user habits, Facebook is often a wall of articles and interesting content interspersed with relevant posts from friends.

For someone else, it might be less about finding content and more about seeing what their friends do, and their feed will be tailored to that. The same goes for systems like Google Now. One feed might be full of flight reminders and meetings while another might be reviews of TV shows about drag queens. (*cough cough*)

Above all else, understand the consumption behaviours of your target users. What do they like to consume? Video, articles, images? When are they online and most likely to engage? How are you going to create content that they haven’t already seen?

And not a marketer pushing a message. You’re now the one fetching coffee, doing a run for food at lunch, or organising the boss’ schedule. What would make your life easier?

In the grand scheme of things, it’s a trade-off. How much do you really want Google (or Apple or Amazon or Microsoft) to know about you? If you’re logged in to your Gmail on your phone, they’re seeing everything: your locations, calendar, searches, messages, emails, and apps. Google are now integrated with 110 apps.

That’s a lot of data that Google intends to use in their mobile eco-system.

Right now, Now and systems like it are most useful as a locational aid, for feeding information or suggestions on the go. Google, and companies like it, need to tap in to the intricacies of how we use our phones to fully be proactive. (Of course, they’ll also want to expand beyond Android, but there’s no way Apple are giving up the foothold Siri has to a competitor.)

A final difficulty is in data protection. The first time I used Google Now I was weirded out that it knew exactly where home and work are, without me ever telling it. Will users be so keen to hand over their data and important information about their life for convenience? And just how integrated do Google need to go?

Said Sundar Pichai, Google's CEO, "we are investing in evolving this [search] to actively assist our users throughout the day in smart and helpful ways."

Just how smart and helpful? It's a waiting game. But with an interconnected web in our pocket, there may soon be very little that our phone can't sort out for us.

Why not get in touch and talk to our award-winning team. We're creative content specialists with digital in our DNA so we'll be happy to help.

Are you ready for a world dominated by disruptive innovation? 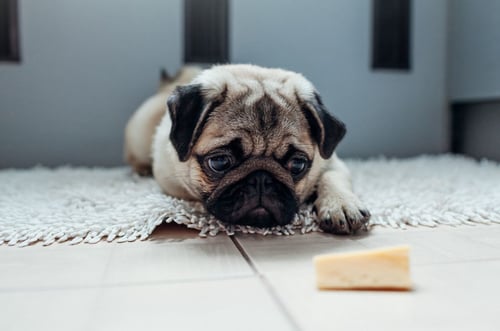 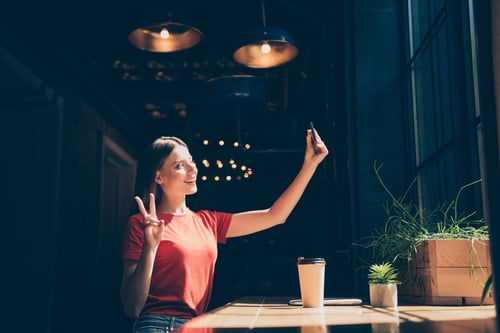 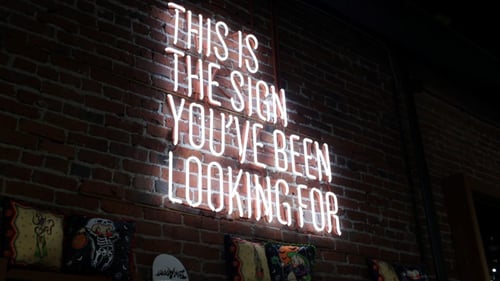