Innocent is a UK-based juice and smoothie maker that retails its products at shops.

Innocent, a juice and smoothie maker based out of the UK, gives fake news a spin with its bolt from the blue drink. With its colour more or less turquoise, the juicer took a hard-line stance with its customers that it was blue.

The resulting “controversy” of whether it was green or blue set off a firestorm on social and traditional news channels, which only drew more attention to the brand. The company has since inserted its blue drink into a variety of content-driven marketing campaigns, including its most recent Valentine’s Day campaign. The simple play on a well-known poem drew lots of engagement from consumers and other businesses on a day that everyone is vying for it.

They say there’s no such thing as bad publicity and innocent is a shining example of it. With the world invested in its decision to label its product blue, it uses that spotlight to generate traction for its other marketing campaigns. The lightly controversial stance is the kindling for engagement across all channels. 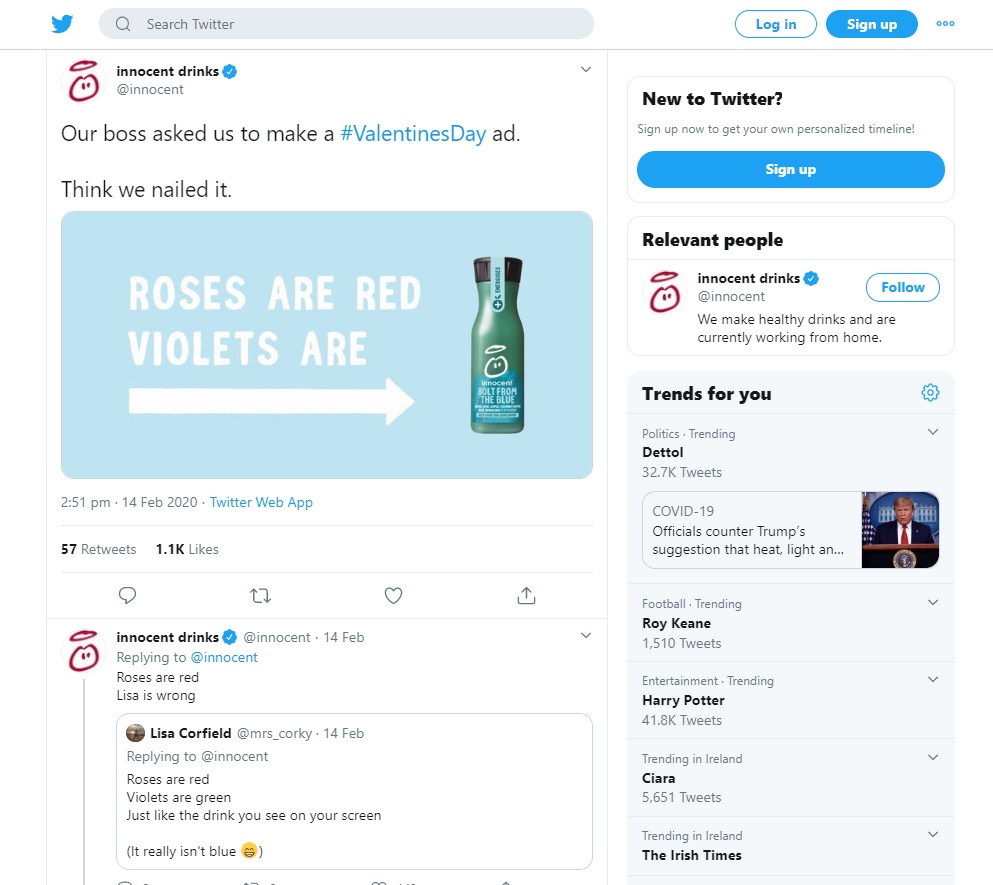 Innocent built the blueprint (or is it greenprint?) for manufacturing an uncontroversial controversy to enhance audience engagement; we have nothing to add. With innocent’s strong tone of voice and the company’s presence on YouTube, we do think there’s room to expand into video and (softly) antagonise customers even more.