How do you make a grown man cry? You show him a Pixar movie (ideally when he has a hangover). Just take the Pixar classic Finding Nemo, when Nemo is reunited with his dad – it hits us straight in the feels every time.

Pixar films all have that special something about them that pulls at the right tear-jerking levers. Dammit, those guys are good.

The animation studio leans heavily on emotional triggers to engage their audience, and their stories live in the minds of viewers long after the film is over. This ‘stickiness’ is a cogitative trick that can be summed up nicely by Carl W. Buechner: “People may not remember what you did or said, but they will always remember how you made them feel.”

Pixar’s formula isn’t a well-guarded secret. In fact, it’s a Hollywood favourite, like that amazing blackcurrant jam recipe passed down from Granny Gertrude. Pixar has just taken the blackcurrant jam to another level.

With the rise of the ‘experience economy’, the demand for storytelling has risen in every aspect of our lives. Brands have moved away from offering information and are fixated on selling dreams.

So what’s Pixar’s secret sauce? And how can we use this winning formula to help us foster long-lasting relationships with our own audiences? Read on for four of Pixar’s secret ingredients for creating powerful, moving content. 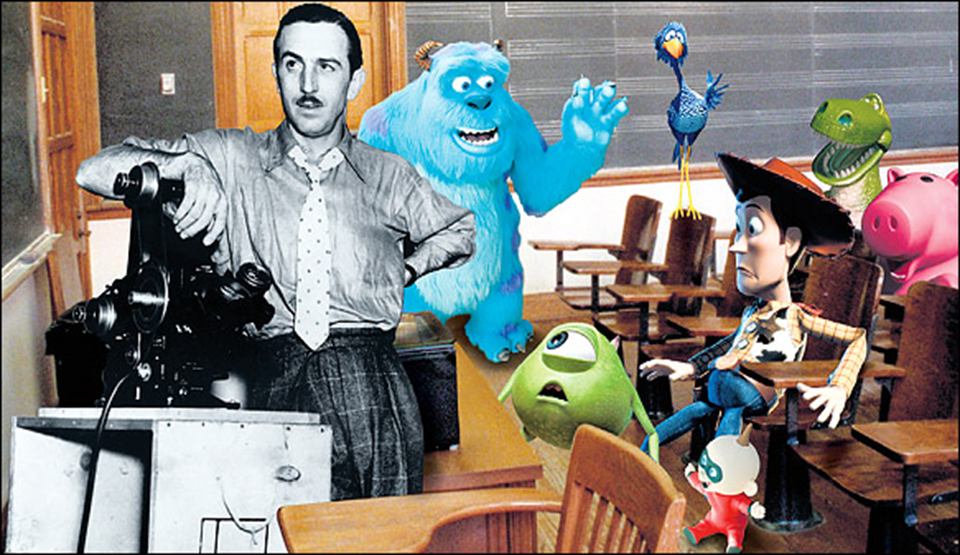 Even for Pixar, it can be surprisingly difficult to create a character who rises above being pancake-flat. That’s why each of their characters has a colourful backstory, and they all go through the same life choices and experiences that we do.

The producers at Pixar often ask themselves ‘Would a character really do, say, or think that in real life?’ And this is a question marketers need to ask about their own personas. Real people are wacky. They do things for emotional reasons and then rationalise; but that’s okay.

Most of us love those weird cultural habits that make us human, or Irish or Dub or whatever. They have an emotional basis, as they help foster real memories from life experience (take the below visual example for one of our clients, EBS). 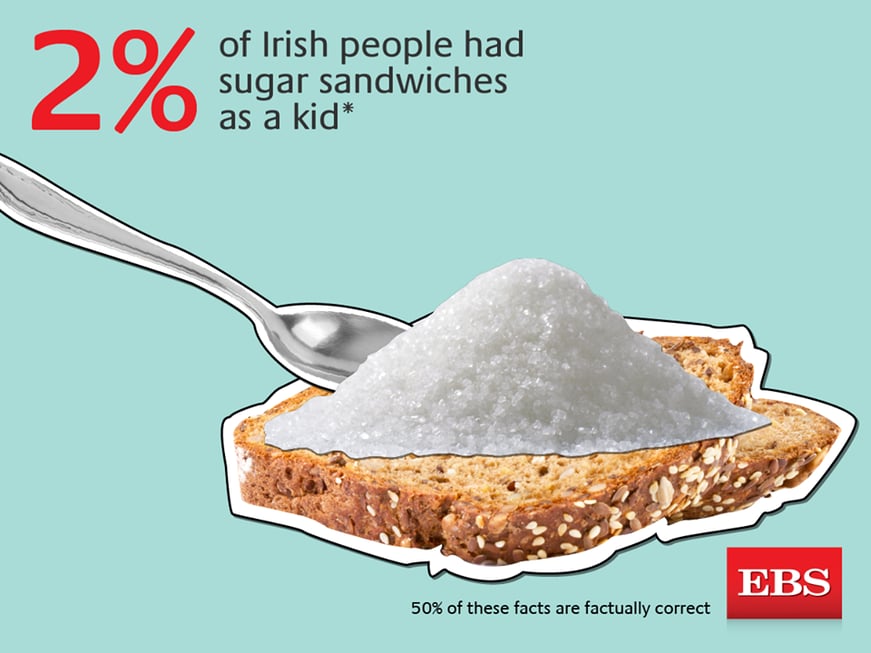 In 1991, John Lassiter pitched the idea to Disney to finance a story from a toy’s perspective in a plastic world. Disney were intrigued - but they insisted the characters and the story should be ‘adult and edgy.’ 18 months later, when the team presented their storyboards to the Disney directors, they would be in for a drastic letdown.

The movie appeared cynical and cold; Woody was a repulsive character, and production was shut down. But the Pixar team went back to the drawing board, using behavioural research and extensive character development to nail Woody to the last detail (they even decided he was secretly ticklish).

Sheriff Woody’s facial features are actually based on Tone Thyne, an animator for Disney at the time. It’s a good marketing tactic to model personas closely on real niche details, or ‘marketing to the consumer of one.’

Audiences are tired of the growing culture of branded reconstructions, cheesy scripts, stock photos and corporate guidelines. It’s all a bit 'Brady Brunch', and the audience know it. You know it, too – you've seen that stock photo man who’s been around the brochure block and looks like he’s been smiling since 1999. One day, ‘The Rise of the Stock People’ might even be a cult horror classic.

So don't just go for what's easy. When a marketing persona is based on a real person, with real-life problems, the audience can find a connection. They think ‘YES. This is just so ME!’.

And when the story unwinds and the character is challenged with narrative twists, the user is emotionally invested and sobs like an eejit. It’s just like they’re experiencing it too. 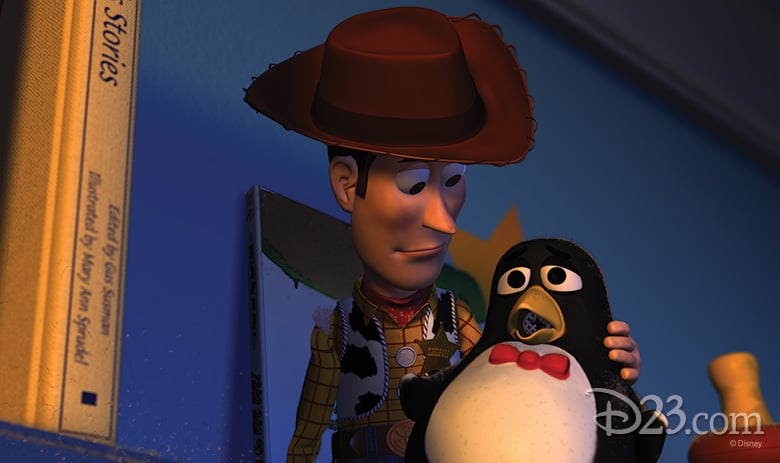 One big rule in narration and creative writing we can learn from this Pixar marketing case study is that you should always try to ‘show’ themes and character traits and not ‘tell’/spoon-feed the reader. Giving strong or subtle signs to infer ideas in the story builds suspense, and lets the reader fill in the gaps to form their own opinion of what’s going on.

This is also the difference between push marketing (shouty, boastful, direct) and pull marketing (useful, engaging, nurturing). Pull marketing is quieter, but it inherently shows brand or product values.

The secret is to use relationships between characters as a narrative device to show the true colours of that person, instead of saying outright ‘they’re considerate, or devious’. Pixar handles this beautifully as they show their stories and themes through character interaction.

Just try and think of the first 10 minutes of Up without bawling.

Aer Lingus’ campaign ‘Bringing people home since 1936’ is a great example of an Irish brand using relationships to show their brand values - the look on the Irish mammy’s face as she opens the front door is like there's a dancing unicorn on the doorstep.

It’s really her son who’s home from Australia for Christmas (we can’t cope). The video is 10 times more powerful than an online ad promoting the same message.

3. Start with the hurt

Bliss, nostalgia, frustration, despair – yes, they’re all good for marketers and producers alike (evil laugh). A lot of clients like to immediately show what the world is like with their amazing products – it’s a nice fluffy place where no one has cavities or an empty bank account. But when we want to tell a story, does it make sense to start with the happy ending? As copywriter Luke Sullivan says ‘Pleasantville is boring.’ Start with the problem then work out the solution.

The Toy Story franchise works so well because the film sets up problems that the toys must overcome, and their concerns are ones we would logically have in their position. They worry about being ‘replaced’ in Andy’s heart by a shinier toy or about being thrown out because they’re old. Beyond the face value, the metaphors are inherent to all of us.

Movie critic Brian Gallagher writes, ‘Hollywood films focus on psychologically defined individuals who struggle to solve a clear cut problem or to reach a goal.’ Why is this tactic so imperative to the emotional impact of our own content?

Because our marketing personas struggle to solve problems every day. Great content will identify these niche problem areas (which we call customer ‘pain points’) and offer valuable solutions.

As director and former Pixar storyboard artist Emma Coats rightly tweeted, ‘You admire a character for trying more than for their successes.’ 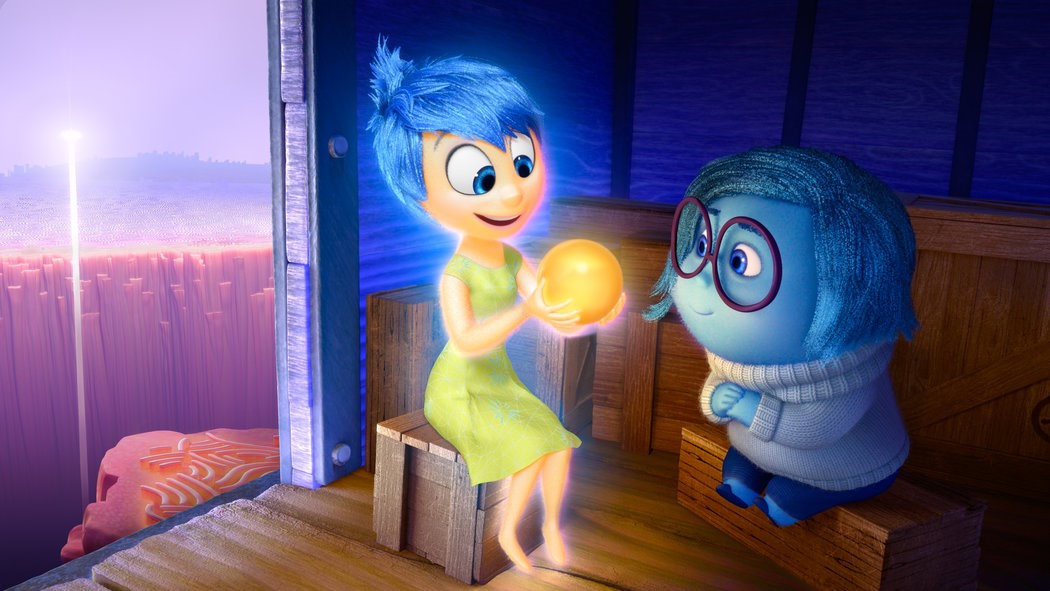 Simon Sinek is a career coach and motivational speaker. He wrote the book ‘Start with Why’, to explore his idea of the ‘Golden Circle’. He defines it as ‘a natural occurring pattern, grounded in the biology of human decision-making that explains why we are inspired by some leaders over others.’

His core concern is with the qualities that make special people so special. For instance, why is Apple so innovative? Great, inspiring leaders and organisations around the world often think and communicate in the same way. In a nutshell, they ask three little questions: What? How? and Why? 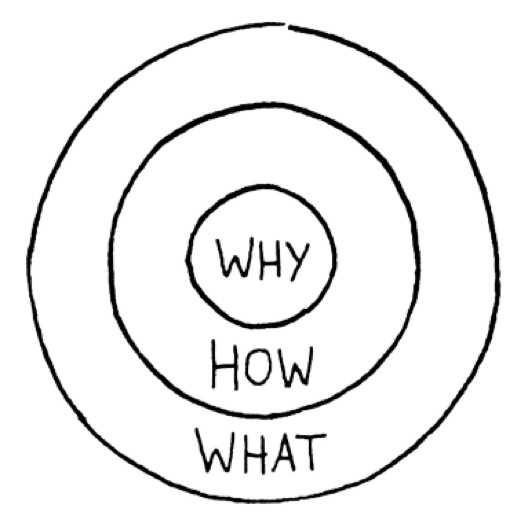 What?: A plastic cowboy who leads other toys in imaginative adventures.

How?: The other toys trust his leadership skills and know he can always get them out of a pickle.

Why?: Because Andy deserves to have a happy childhood.

The Golden Circle FOR MARKETERS

Most people and businesses 100% know what they do. That's the easy part.

The 'How' is their USP or competitive edge.

Sinek claims, however, that very few companies know 'Why' they do what they do.  And by ‘Why?’ he does not mean profit (this is simply the result). Sure,  money talks but it isn't the answer. We need to take the emotional purpose at the heart of the circle and use it to inform what we do on the outside.

Apple lead and think from the inside out; a method that is so persuasive because it's how our brains work, too. We make decisions from the limbic centre of our brains - a place where we have no capacity for language or rationality. This internal brain works in opposition to the neocortex on the outside (which deals with analysis, language, and rationality).

The internal brain is responsible for driving behaviour, and is also where gut decisions are made. This is why people might say ‘I know what all the details and facts say, but it just doesn’t feel right.’

What has this all got to do with your content? Content that really moves people is content that follows the rules of the Golden Circle. When a piece of content is missing the ‘Why’, it doesn’t have the same influential power. People don't buy what you do; they buy why you do it.

They buy into stories and characters and emotions. Take the Pixar formula and apply it to your content and you're onto a winner. After all, whole histories and empires are built on stories.