A long time ago in a galaxy far, far away… Star Wars was born and one of the great marketing monsters of our time was launched on an unsuspecting world.

Star Wars even has its own day (May the 4th be with you) so the brand obviously knows a thing or two about self-promotion. The force is definitely strong with this one.

Star Wars: The Force Awakens is the first film since Disney bought the franchise. They’ll be hoping for a return to form after the last trilogy sent hardcore fans into a 10-year huff.

Maybe this is the film that Star Wars fans are looking for. If nothing else, there are certainly some content marketing lessons to be learned.

Disney has somehow managed to keep the plot for The Force Awakens under wraps. We can only assume that some people’s pets have been stashed in a remote location until it hits the cinemas.

With everyone keeping schtum, the makers have ramped up interest with a slick teaser campaign and careful drip feed of promotional content. 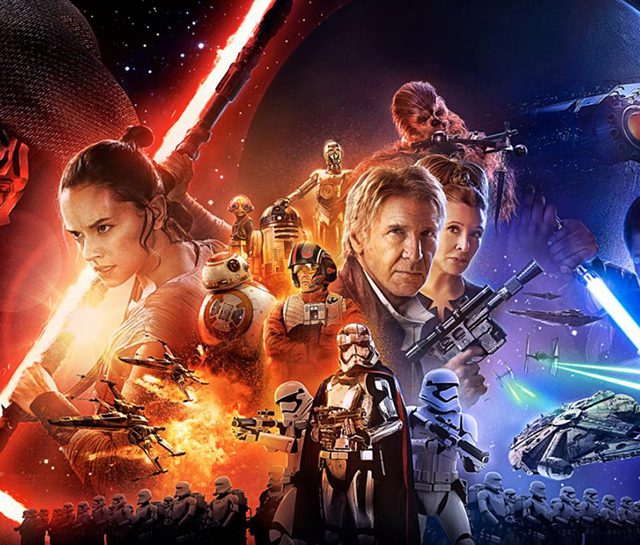 They’ve used it to set the tone, drive news coverage and sneakily reinforce their message to fans: there’s a new guy in charge, a return to practical effects, and it’s taking its cues from the old films (not those terrible prequels!).

OK, Star Wars is hardly a tough sell but their use of content has still generated huge interest. It's also boosted positivity around the film and smashed pre-sale records.

So how do you make a good content plan?

You have to work out your goals, identify your audience and decide what type of content you’re using. You’ll also need a content calendar to tell you how and when to use this content.

Once you're got your plan in place, you can relax and enjoy the benefits.

Fans are already losing their mind over The Force Awakens because it looks and feels like a proper Star Wars film. That may not seem like a glowing recommendation but it’s a pretty good start.

George Lucas broke the mould with the original Star Wars trilogy. The film had mystical dudes with laser swords, space ships, aliens, an asthmatic villain and a planet full of teddy bears who may or may not eat people.

What’s not to love?

But even adults struggled to work out the confusing plots of the prequels and the CGI stylings didn't go down well. For some reason, Lucas sat down and decided “What this franchise really needs is more intergalactic trade embargos and annoying cartoon characters.” (Jar Jar Binks anyone?)

He told a story that he wanted to tell in the prequels, regardless of whether anyone else wanted to hear it. They didn’t, as it turned out, and the prequels proved to be about as popular as a wet Wookie in a room with no windows.

The lesson here is that you can alienate your audience if you don’t tell a coherent story that reflects your brand. Especially if your audience is already drunk on a toxic cocktail of nostalgia and misplaced optimism...

Sometimes people just want you to meet their expectations when it comes to content. Anything on top of that’s a bonus.

So how do you tell a good brand story? It helps if you can inform and entertain.

Work out who your audience is, establish what they want, invest in providing it and be consistent.

Why can’t they just leave Star Wars alone, you ask? Well, because there’s shedloads of money to be made and it makes sense to rehash revisit it as often as possible.

What are the lessons here? If you have a great bit of content, use it. The same principle applies if your content contains 100% less Yoda.

You put a lot of time and effort into creating content so don’t just throw it away once you’ve used it.

George Lucas was a Jedi master when it came to reselling his product, whether it was theatrical re-releases, spin-offs or endless repackaged versions with minor tweaks. His revisionist tendencies had a whiff of the Dark Side about them but he knew how to make money.

Think about how you can get added mileage from your content – have a section on your site where people can easily find your previous work. Why not add a Hall of Fame for your best blog posts?

Star Wars films keep finding fans from each new generation. Putting good content back out there can help you to constantly find new customers.

And in case you think that Star Wars has stopped re-using its earlier material, just look at the new plot.

Unlikely young heroes must save the world from a planet-sized weapon and a lightsaber-wielding psycho in a silly helmet. Now where have we heard that before?

It’s hard to tell who’s doing more work to promote The Force Awakens – Disney or the fans. The secrecy led to crazy speculation and it was frankly a miracle that the internet didn’t break when the film was finally released.

Fans are driving the hype as much as anyone with memes, home-made videos, theories, and endless discussion threads on forums. The customers are Disney’s biggest promoter when it comes to the new film.

“Do what you do so well that they want to see it again and bring their friends,” Walt Disney famously said.

That’s the advantage of turning your customers into promoters. This conversion process is one of the pillars of inbound marketing.

It can be done through social engagement, creating an emotional response to your brand or by giving them a great customer experience. Why settle for customer satisfaction when you can exceed their expectations?

Star Wars fans feel invested in the Star Wars brand so they naturally want to promote it.

Convincing your audience to do your marketing for you? Now that’s an impressive Jedi mind trick!

Engage with your audience

The makers want you to believe that this film is being made for fans by fans. They’ve fed that notion using social media and events like Comic Con to engage directly with their core audience.

Twitter exploded when the trailer dropped and Twitpics from inside the camp have proved as popular as official stills. The cast have been pimped out to press the flesh and do Twitter Q&As.

Their decision to show a dying fan an early screening of the new film got huge coverage. It fed into fans’ sense of themselves as a community and generated a genuine feel-good buzz ahead of the release.

It also helps when director JJ Abrams buys pizza for 1500 fans and invites 6,500 people at Comic Con to a free Star Wars gig. 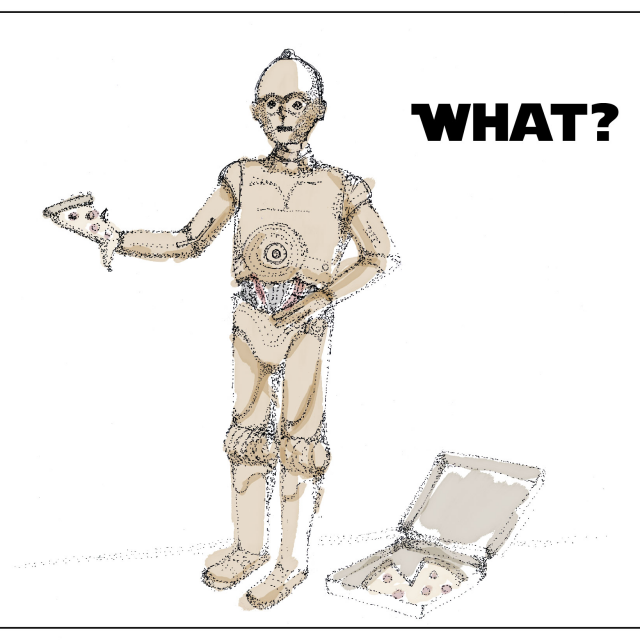 Nobody expects you to buy thousands of pizzas but engagement is vital. If a franchise like Star Wars is making this kind of effort, you really should be pushing the boat out.

A prompt reply to customers on social media is a simple step that can make a big difference. Use social media and blogs to spread your message. Target influencers to generate discussion about your brand.

Disney has been happy to use the star wattage of Harrison Ford, Mark Hamill and Carrie Fisher and they’ve been milking their cult status for all it’s worth. Make your big assets work for you and try to get the best return with each piece of content.

If all else fails, you could try showing up with an actual robot from Star Wars. We wouldn’t recommend it but it seemed to work for JJ Abrams! 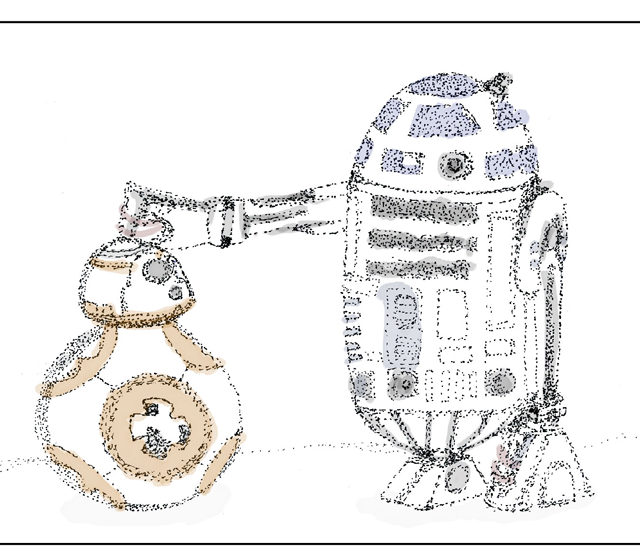 Don’t have a robot from Star Wars?

If you don’t have a Star Wars robot and you’re still looking for content marketing ideas, why not get in contact with our award-winning team. We’ll be happy to chat to you about what you can do.