We all love a bit of nostalgia, even if nostalgia was way better in the old days. It’s like we spend our lives living in a retro bubble, using a hot tub time machine to recall simpler times and bittersweet childhood memories.

We’re obsessed with “Remember when…” conversations, the TV shows we watched as kids and the ubiquitous 90’s listicle. You know the sort - “21 things you remember from the 90s because these endless bloody lists won’t let you forget them.”

Nostalgia marketing is everywhere. Just take a look at what's showing in your local cinema. This month alone saw the release of sequels to Star Trek, Finding Nemo, Ice Age, Now You See Me and The Bourne Identity along with reboots of Ghostbusters, The BFG and Tarzan.

It’s unsurprising that seven of the top ten highest-grossing films of all time are sequels, prequels or spin-offs. Dare we even mention the Pokemon Go juggernaut!

Nostalgia’s not new and it’s not going anywhere. So how can content marketers harness it and what are the potential benefits? 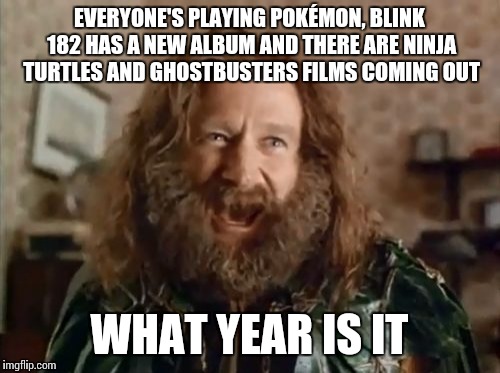 1. Nostalgia is a powerful marketing weapon

Swiss physician Johannes Hofer first coined the term “nostalgia” to describe what he saw as a mental illness in homesick Swiss mercenaries. He blamed it on the “vibrations of spirit animals” in the brain, which sounds like a side effect of playing too much Pokemon Go.

Scientific America says that “by allowing people to revisit cherished life experiences, nostalgia boosts positive self-regard and promotes the feeling that life is full of meaning and purpose.” It’s sentimental, emotional and seductive – that’s a powerful combination to tap into when marketing your product or brand.

It’s like an emotional comfort blanket. Nostalgia makes people happy so brands want to access that feel good buzz. When they get it right, they help people to relive their youth and create a positive brand association.

The book “Made to Stick: Why Some Ideas Survive and Others Die” highlights six elements that make content memorable. They say great content should be simple, unexpected, concrete, credible, emotional, and story-generating (SUCCESs) so nostalgic content can make your output “stickier.” Jonah Berger’s studies on viral content also found that the most shareable stuff tends to be highly emotional.

If nostalgia’s a bullet, then social media’s the gun. It’s a perfect delivery system. What use is a blast from the past if you can’t tag your friends or share a link so they can wallow in that feeling with you?

Timehop and Facebook’s “On This Day” feature also feed this appetite for old or (relatively recent!) memories. This rapid turnaround time for modern nostalgia has been described as “early-onset nostalgia” and Generation Y are the most affected by this phenomenon.

Millennials are raging nostalgia fiends and they’re all locked into various social media channels. If that’s not a good enough incentive to incorporate nostalgia in your marketing, then what is?

Well, the proven impact of emotional advertising, for one. 71% of buyers are willing to buy a product if it appeals to them on a personal level. Cha-ching!

That’s a pretty good reason to get your audience feeling all emotional with some old school memories. And social media is the obvious way to amplify this content.

Sony’s “4 the players since 1995” video from 2013 is a great example of balancing brand positioning and nostalgia. It cleverly exploited people’s memories of playing Playstation for almost 20 years.

“Remember all the good times we had together?” they seem to say. “We can create new memories together if you just buy a new Playstation 4.”

Radioshack also played the nostalgia card in their 2014 Superbowl ad. It let their target audience relive the 80s, reminded them that Radioshack was a consistent brand in their life but also delivered a relevant rebranding message. It worked and their stock even rose by 7% immediately after the ad aired.

Several reactive brands jumped on the bandwagon when the hashtag #InThe90sIThought started trending. Brands like Polaroid, Paramount Movies and Keds all made a play to tap into this Millennial nostalgia-fest. So it pays to keep a track of what’s happening organically and to capitalise on a wider trend if you can.

#InThe90sIThought Kelly Kapowski was the coolest girl in Keds. pic.twitter.com/tGfBqW0WNB

Two of this year’s biggest films were reboots of much-loved franchises. Creed and Star Wars: The Force Awakens were both huge successes, even if they basically remade the original films with a few new faces. You’d be forgiven for thinking that there’s a tax on originality…

Remakes, reboots, sequels, prequels and spin-offs are all a safe way to make a new film that comes with an established fanbase and name recognition. They’re easier to market because the groundwork has already been done. It can also drive viewers back to the source material, which is a pretty good way to recycle older content.

The state of the top ten shows that Hollywood knows what it’s doing despite the protests of purists. It’s also no coincidence that the likes of Nike and Adidas keep releasing retro lines of sneakers from the 70s, 80s and 90s.

Applying a similar approach to content means you too can piggyback on earlier successes. Reusing successful content pieces or doing follow-ups is one way to squeeze the most out of your best assets. You can break a successful infographic up into bite-sized chunks that can be used on your social channels. It’s a simple way to repurpose your assets.

Reboot your old blogs by converting them into tips, newsletters, or a white paper. Why not use a blog as the basis for a video tutorial? Just make sure you use a script, a good camera and decent lighting to avoid producing something that looks like a hostage video!

You can also create your own content sequels using the Hub and Spoke method, which sounds complicated but really isn’t. This involves creating one in-depth blog and then doing follow-ups, additions or related pieces that link back to the original. You extend the life of the piece, boost SEO and get some easy content gains by riffing off material that already exists.

Just as reboots or sequels give a successful film a new lease of life, you can reuse your content assets by switching up the format and using a bit of creativity. It’s all about squeezing the most from your successful pieces.

The unfortunate truth is that nostalgia marketing is not without its dangers. McDonalds tried to get an easy win on Twitter with #McDStories, which it hoped would encourage people to wax lyrical about their happy McDonalds memories.

Instead, they got horror stories:

#mcdstories I once found a human molar in a chemically separated all white chicken nugget.. No joke!

The inevitable smartarses coming out of the woodwork:

One time I walked into McDonalds and I could smell Type 2 diabetes floating in the air and I threw up.#McDStories

And created something that people are still using as a bashtag after four years:

About that rotten, black lettuce on my last McChicken... #McDStories

It’s a powerful warning that this approach can go wrong. Think about the potential pitfalls before diving in!

Be relevant and authentic. Don’t just reference a random bit of pop culture and hope for the best. There has to be some link between your brand and the nostalgic memory you’re trying to leverage. It’s not enough for an accountancy firm to randomly tweet out a picture of Pikachu and say “Pokemon - Am I right!?”

You also need to know your audience and your topic – nostalgia varies greatly from generation to generation and everyone is very proprietorial about their treasured memories. They won’t take kindly to a brand stomping all over their childhood as part of a clumsy marketing ploy.

Another important lesson is to consider the cultural and social implications when referencing the past. Sensibilities change and it’s probably best to avoid a throwback to some of your old ads if they happen to be full of casual misogyny. 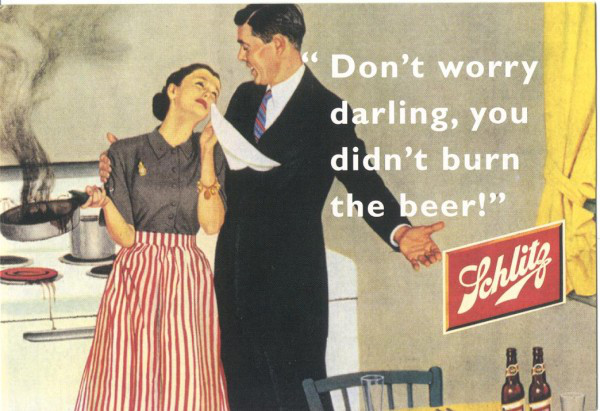 Finally, nostalgia may be a powerful tool for marketers but don’t ignore original content. We want to avoid the dystopian future predicted by The Onion in 1997, in which we run out of past to romanticise. If nothing else, someone needs to produce original content for the next generation to get nostalgic about it!

Organise your team and strategy with Trello →